Our games get world-class research out to the public. Play the games and find teaching resources here.

Our games get world-class research out to the public. Play the games and find teaching resources here.

We design games that bring contemporary research to the public, and we use the game data to understand how people learn. 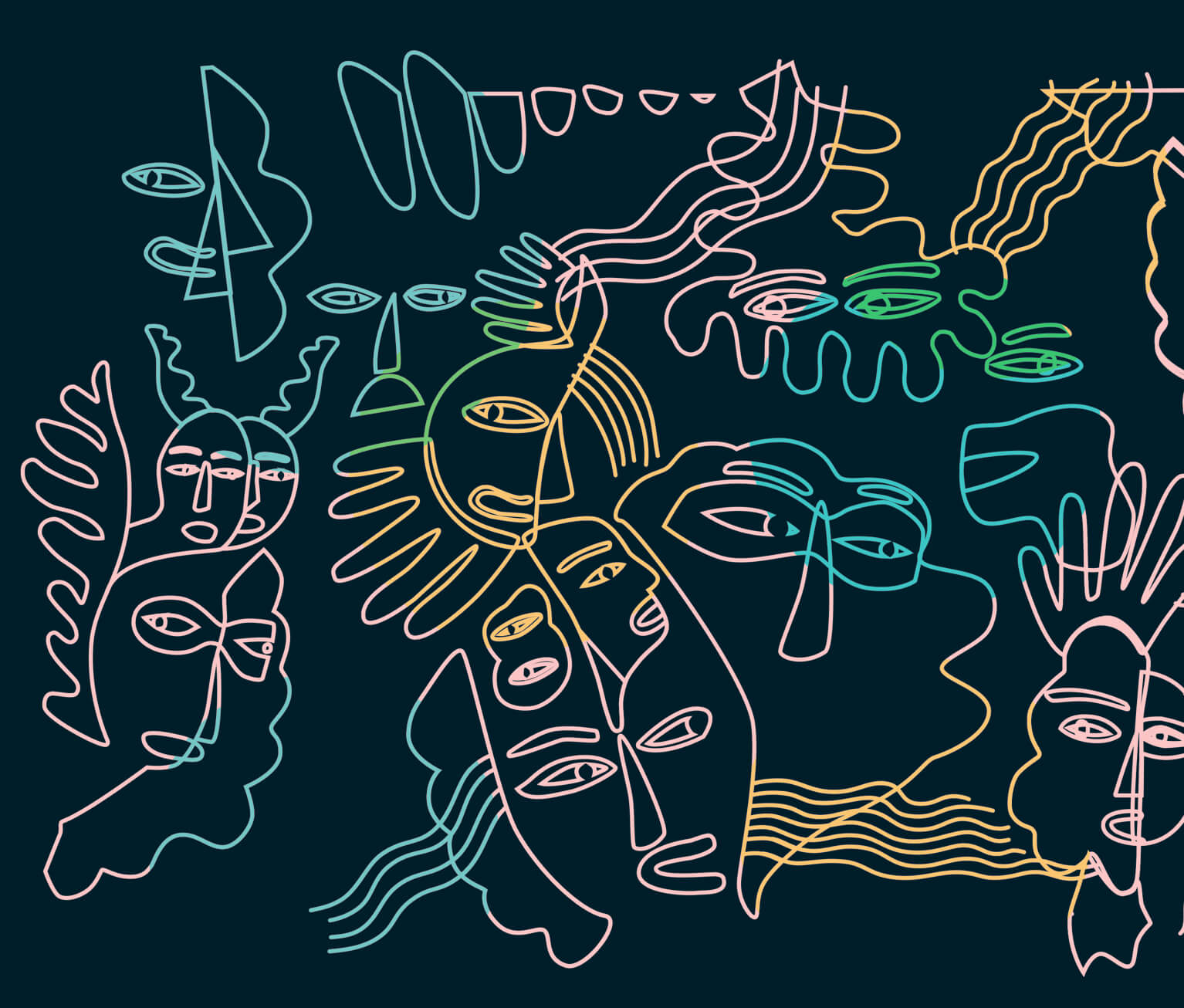 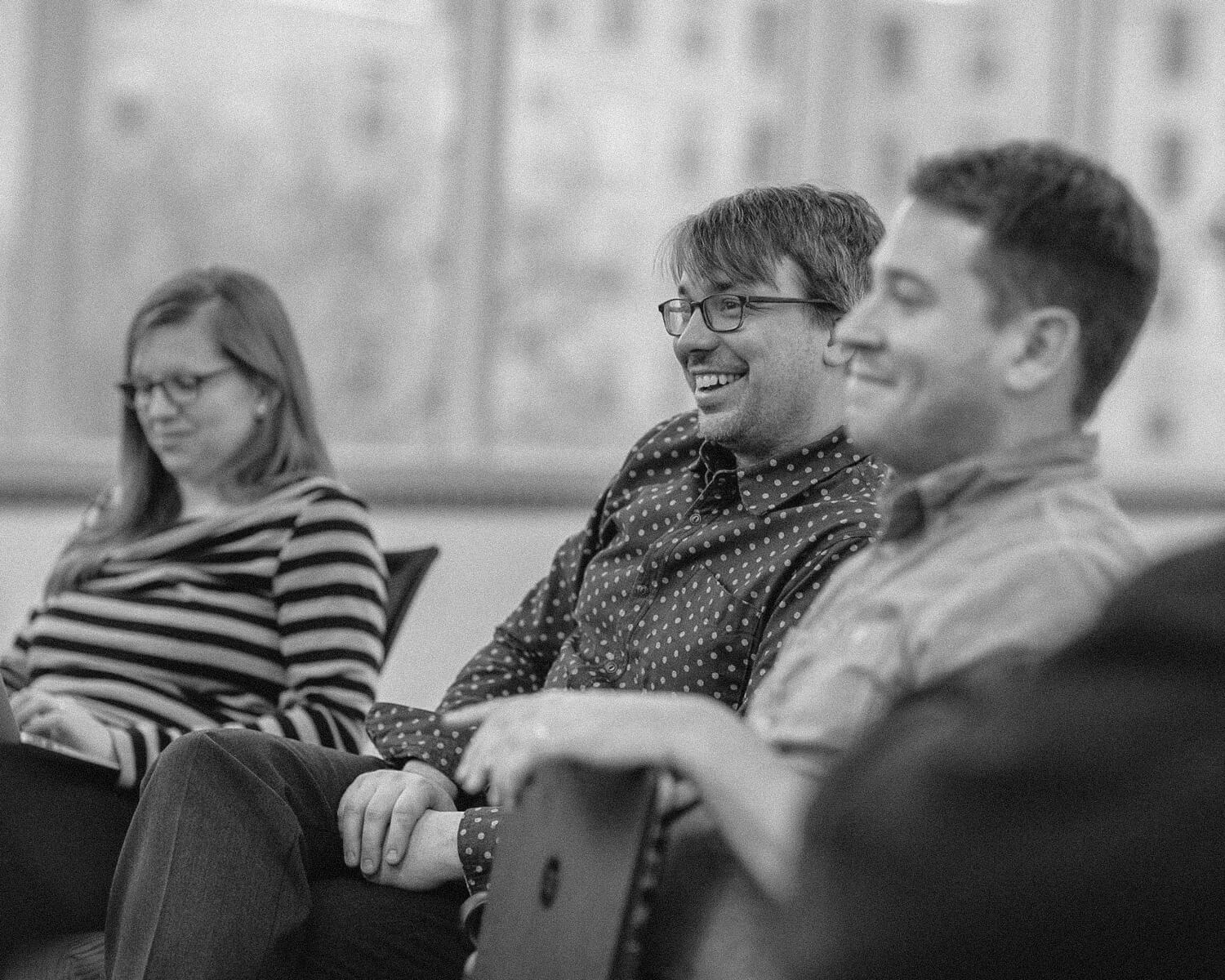 UW-Madison is ground zero for the field of games and learning. We've been here studying and designing games for over a decade.

Researchers need to share their work with the public, but it’s hard to communicate super complex topics in a short time frame.

Games turn complicated topics into fun, hands-on experiences that actually reach people. Our games get millions of plays, with an average playtime of 20 minutes. 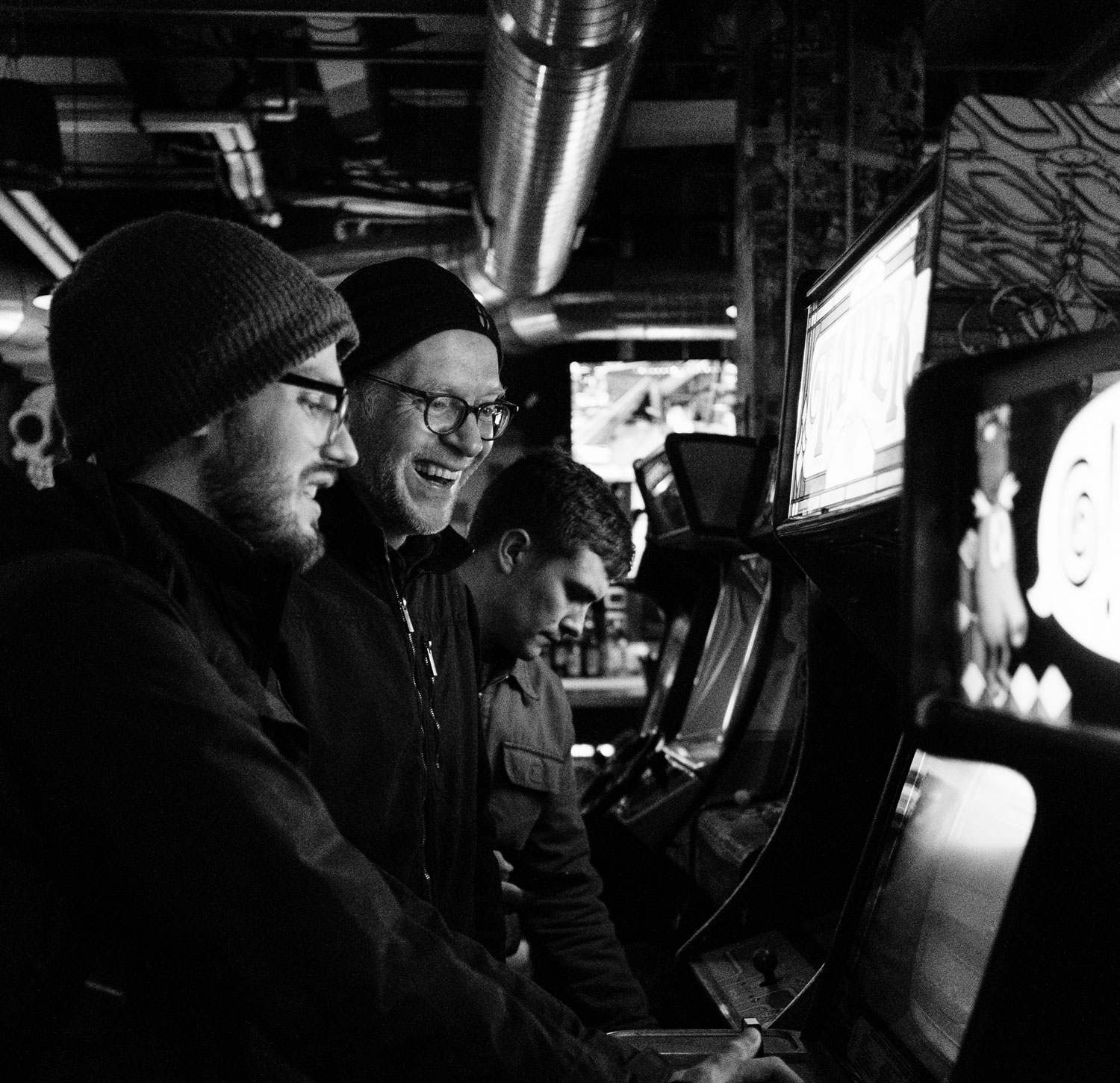 We believe the future of publically funded research depends on public support. We use our combined creative and intellectual powers to get people excited about the latest research.

David is a researcher at WCER. He's also a programmer, game designer, and passionate advocate for using games to understand and transform how kids learn. David is the co-founder of the PLAY MAKE LEARN conference and the Games and Learning Summit. He serves as a PI on several research projects that explore the following topics in video games: educational data mining, co-design, mixed reality (VR, AR), and location-based games.

David created ARIS, an open-source game design platform that has supported the development of thousands of location-based AR projects and hundreds of educational papers. David’s work supports other research, from the Open Game Data project, which shares our game data with educational researchers, to Field Day’s teacher fellowship program, which serves as a site to study teachers' professional growth.

David has been the producer or lead designer for over a dozen award-winning games in topics ranging from engineering, science, and mathematics to history and music. He has been an invited guest or keynote speaker for the White House Office of Science and Technology Policy, the Smithsonian National Museum of African American History and Culture, the MacArthur Foundation, the Pearson Foundation, Serious Play, and several smaller workshops and conferences.

David casts a vision that gets other people excited about joining in the work. He understands the realities of how educational issues affect kids, which allows him to stick unwaveringly to his values. David brings energy and enthusiasm to every project, from research to game design.

Sarah is an artist, UX designer, messaging expert, and a fierce advocate for the kids who play our games. From the beginning, she has pushed us to create games that are more than just research instruments. Sarah knows that kids won’t learn anything if they don't care. She makes sure we're designing games that are fun, beautiful, and compelling.

Sarah understands the importance of art in bringing our games to the public. She created our in-house art and communications team, and she ensures that all of our games have an online presence. She also leads game design projects and pitches concepts for new games. Her growing interest in Media Studies and theory influenced by the psychoanalytic tradition is the foundation of her focus on learning games and their role in society.

As an artist, Sarah laughed when her daughter said she was “raised by scientists.” In reality, Sarah’s intuition as a non-scientist gives her crucial insight into what we make. She knows how to ask the right questions and empathize with the people who will end up playing our games.

Jim is a teacher, researcher, and designer. His work explores the intersection of place, design, and civic engagement. In particular, he’s interested in creating and researching new media-based experiences (e.g., geo-locative games, place-based stories, and field research tools) aimed at connecting youth and adults with people, places, and issues in their community.

As Education Director at Field Day, Jim leads our teacher fellowship program. The fellowships are crucial to the successful implementation of our games into schools across the country. As a teacher himself, Jim understands the importance of co-design. He cares about making games that actually work in the classroom, and he’s always looking for the best ways to bring teachers into the design process.

In addition to his work at Field Day, Jim teaches at Clark Street Community School.

Eric Lang is a designer with a unique combination of skills ranging from the artistic to the technical. He carries a heavy load as Lead Designer for UI and graphic design across all of our games, mixed reality projects, web content, print material, and front end development.

As Art Director, Eric works with a wide selection of artists and channels their work into a cohesive finished project. He also functions as Lead Artist on several projects, including the Field Day brand and Lakeland. Eric has a knack for story development, world building, and general strategy and vision-casting.

Eric cares about making games that are fun, compelling, and amazingly weird. His favorite era is the 1980’s, his favorite futuristic digital landscape painter is Simon Stålenhag, and his favorite bread is sourdough.

Mike is a developer with a serious knack for game design. He has worked as lead developer for STEMPorts, Play the Past, ARIS, The Firm, Viola, and Siftr, as well as helping with design work on Jo Wilder and the Capitol Case. Mike has a wide breadth of programming ability, with experience in web design, web apps, game scripting, native mobile development, and systems administration.

Mike’s ability to push through and get stuff done can feel a little bit magical. In reality, it’s a combination of technical skill and focus. Mike is a man of few words, but when you get a chance to talk with him, it’s obvious that he’s smart, thoughtful, and (when he wants to be) ridiculously funny. Mike brings a sharp instinct for design and an awareness of the user's experience to all of his development work.

Autumn is a game developer and programmer extraordinaire. She brings expertise in both educational game design and the creation of powerful, easy-to-use development tools. Autumn has been designing games ever since the mid 2000s, when she first began to express her ideas with GameMaker. She’s drawn to how games can be used to explore systems from mechanical and thematic angles.

One of Autumn’s superpowers is her ability to bring other members of the Field Day team—including non-programmers—into the development process. She believes that the best games happen through collaboration, which means everyone on the team needs to be able to contribute without being held back by technical constraints. Autumn cares about developing tools that remove bottlenecks and allow the whole team to create and iterate together.

Autumn was the sole developer and creative force behind Diffission (Filament Games), a fractions game that empowers kids to focus on self-improvement instead of perfection. She was also the sole developer for BeauRoutine, a tool used in nearly all of Filament’s Unity-based games, and the lead engineer for Do I Have a Right? (Filament Games), a civics game about constitutional law. Autumn has expertise in several design systems, but she works most often in Unity and Typescript.

Jenn is fascinated by how we can understand student thinking through game data. She began working with Field Day as a researcher analyzing data and conducting play-tests for Lakeland. Now she's stepping into the role of producer for AquaLab, a four-year project focused on teaching science practices. Jenn is also a designer for our in-progress game about Great Lakes shipwrecks.

When it comes to advocating for kids, Jenn is unstoppable. As a former teacher, she brings a deep knowledge about how classrooms work and what teachers need. She works with our Teacher Fellows to design pedagogical tools, like a new teacher dashboard for Lakeland (soon to be applied across all our games). Jenn leads user-testing with kids for many of our games.

In her role as Director’s Minion (or Assistant to the Director on paper), Jenn is constantly impressing everyone with her ability to keep all the administrative gears turning. Jenn’s superpowers include, but are not limited to: data analytics, ed tech, communicating with teachers, and keeping track of literally everything.

Lindy is a creative writer, blogger, and copywriter. She brings a combination of keen story-building skills and intellectual depth to the worlds of both our games and our blog. Her years of experience working with teachers and learning game designers gives her a unique capacity as a writer. She contributes not only a love of story, but also the ability to learn about the complexities of education theory and game design.

Lindy wrote the scripts and in-game dialog for Jo Wilder and the Capitol Case, Lost at the Forever Mine, STEMPorts, Lakeland, and many of The Yard Games. She works closely with Sarah to write and refine all of our web copy, iterating until we are able to explain complex projects in just a few lines.

Lindy is the reason the farmers in Lakeland have folksy wit and the Artificial Intelligence in Forever Mine is relatable and dimensional. She crafts stories that allow kids to embody the spirit of a scientist, historian, or detective, and she fosters a sense of wonder in the process.