Our games get world-class research out to the public.

Our games get world-class research out to the public.

A VR experience that takes an abstract thermodynamics equation and transforms it into hands-on learning.

This project is an exciting partnership with John Pfotenhauer, Professor of Thermodynamics at UW-Madison

The Thermodynamics VR captures the Equation of State of water--a concept from undergraduate thermo classes--in a simulation that students can touch and see and manipulate. This project is an exciting partnership with John Pfotenhauer, Professor of Thermodynamics at UW-Madison, who uses the simulation with his intro-level students.

“The idea of getting a picture in your mind [of the Equation of State] was the starting point. And then it evolved to, wouldn’t it be cool if you could experience it, and walk around in it?”
-John Pfotenhauer, Professor of Thermodynamics, UW-Madison

“From a learning standpoint, this project is really elegant,” said David. “It’s not a big, flashy game. It does this one thing. It allows you to interface with the equation of state in what turned out to be a very usable, very natural way.”
-David Gagnon, Field Day Director

Introduction to the Thermodynamics Equation of State

Players stand in front of a virtual table and conduct experiments with a cylinder of water, a common example used in thermodynamics courses. Usually, the example is only theoretical. In the VR simulation, it becomes tactile and hands-on. Players can use tools on the table--a Bunsen burner, cooling coils, weights, balloons, and more--to alter the temperature, volume, and pressure of the substance and see how the water responds. 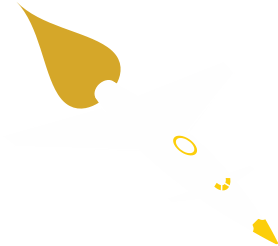